Zero-knowledge proofs, a board game, and leaky abstractions: how I learned zk-SNARKs from scratch 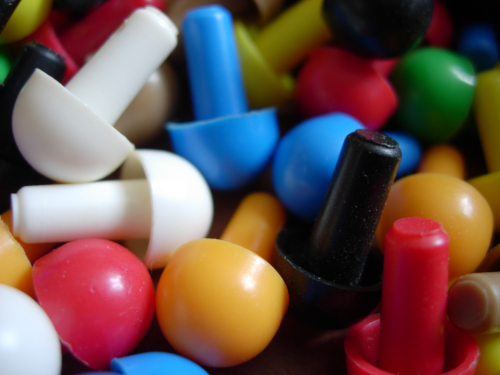 A great way to learn a new skill is to build something with it. This is particularly true in the cryptocurrency and blockchain space, where accessible documentation and usable software libraries often lag behind research and development. In fact, the more esoteric a field is, the higher its barriers to entry. I discovered this when I started to learn to write zero-knowledge proofs, a field which to beginners like myself, can seem like a riddle wrapped in mystery.

Zero-knowledge proofs nevertheless hold great potential. Their applications include untraceable cryptocurrencies such as ZCash, better scalability for Ethereum via off-chain transaction batching, and privacy-preserving identity proofs. Developers in the crypto ecosystem would therefore do well to learn about ZKPs. They may, however, easily feel deterred by the steep learning curve inherent in this rather niche field — one based on advanced mathematics. Fortunately, in recent months, ZKP software libraries become relatively more accessible. In this post, I will showcase a bite-sized application I built using one form of ZKPs known as zk-SNARKs (henceforth referred to as snarks), and journal the learning process I went through as a developer with no prior experience in this niche. This post will therefore be part technical explainer, and part reflection on a learning process and my takeaways.

When first I set out to learn snarks in October this year, I discovered the snarkjs and circom open-source libraries written by Jordi Baylina, an Ethereum developer working on an open-source project named iden3. This was a serendipitous find as these libraries had not yet been publicised (they would subsequently be at Devcon 4). I saw their potential for two reasons. First, they were written in Javascript. This was a language I already knew, so I would not have such a steep learning curve. I had also considered libsnark, but decided to shelve it for the time being as it seemed much more complex. I also took a look at Zokrates, but decided to use snarkjs and circom instead, for the second reason: since these are Javascript libraries, perhaps they can verify snark proofs in-browser.

I believe that the ability to verify snark proofs in a web browser has important implications for decentralised apps. Although by the time I discovered these libraries, Ethereum smart contracts which could verify snarks on-chain had already existed, I found no other libraries which could do the same in web apps. Since many dApps are web-based frontends for smart contracts, and snark-enabled smart contracts have a great deal of potential, it follows that the ability for Javascript code in the browser to verify snarks could similarly unlock interesting use cases for dApps.

Armed with a solution, I (unironically) set forth to search for a problem to solve. My goal was to find something simple enough that I could implement in less than two weeks of part-time effort, but not as unsophisticated as a Hello World program. I asked other developers at ConsenSys, where I work, if they knew any simple games of hidden information. @cooganbrennan suggested the Go Fish card game. It seemed simple enough at first, but further research led me to realise that it was more complex than I thought for snarks, and lent itself better to other cryptographic techniques anyway. Fortunately, @magicking_ subsequently suggested the Mastermind board game, which I found to be perfect for what I wanted to do. Not only was this board game relatively well known, it was also simple enough for a beginner like myself to implement.

In this board game, there are two players: a codebreaker and a codemaster. The codemaster sets a secret combination of coloured pegs (e.g. red, red, green, blue), and the codebreaker has to guess what the combination is. The players follow this sequence:

For example, if the secret is:

and the guess is

then the clue is

Note since clue pegs are only counted once, and black pegs are counted first, so the first R in the guess doesn’t count towards a white peg, as the second R in the clue** **already has an exact match.

Applied to the Mastermind board game, snarks could thereby prove that a clue about a secret combination of colours is correct, without revealing the secret itself.

This is trivial in real life because the physical setup of the gameboard prevents cheating, but this is not easy online, as a remote server or client could fraudulently manipulate the game state. Additionally, to simply hash the solution and reveal it at the end of the game is insufficient, since there is no way for the codebreaker to be sure, mid-game, that the codemaster is not cheating. In fact, mid-game clue verification is a step up above real-world gameplay, where the solution is always hidden from view.

Learning through trial and error

Excited to have an excellent use case, I familiarised myself with the basic theory of how snarks work. For readers who are unfamiliar with what snarks do, ZCash has a simple explanation:

The acronym zk-SNARK stands for “Zero-Knowledge Succinct Non-Interactive Argument of Knowledge,” and refers to a proof construction where one can prove possession of certain information, e.g. a secret key, without revealing that information, and without any interaction between the prover and verifier.

Christian Lundkvist’s introductory blog post was also extremely helpful. (For the sake of brevity, I will not repeat the basic concepts around snarks in this blog post, as they are easily discoverable via web searches.)

Next, I dove into the snarkjs and circom libraries, and wrote very simple circuits to get a sense of how the circom’s domain-specific language (DSL) worked. This is where the learning curve started to steepen. I mainly relied on circuits which Jordi had already written, as well as trial and error, to infer the syntax of the DSL. In doing so, I encountered various unexpected issues such as if statements not working, a lack of support for variable block scope, and out-of-memory errors with complex circuits. I filed bug reports and was happy to see Jordi resolve most of these issues.

With these issues fixed, I wrote the first version of a circuit for the Mastermind game. Expressed in pseudocode, the circuit does the following:

In programming parlance, a snark constraint is like an assertion; for a circuit to be valid, all the constraints established in a circuit must be true. If any fail, then the whole circuit is invalid. Since the circuit establishes the above constraints, the circuit is valid if and only if the clue is correctly computed for the given solution and guess.

Additionally, the hash of the solution, which is made known to the codebreaker at the start of the game, commits the codemaster to the same solution every time, and thereby prevents them from generating a valid but fraudulent proof using a different secret colour combination.

Finally, I wrote a quick-and-dirty web frontend and backend server for the Mastermind game, and published the source code on Github. I was then able to share what I learned with other developers in ConsenSys, as well as present at the ETHSingapore hackerthon and at the ETHKL meetup.

While I was very happy with what I had learned and built, one aspect still left much to be desired: performance. It took about 15 minutes for the setup phrase of the circuit to generate proving and verification keys, and about 2 minutes to generate a proof. This was almost entirely due to the snark-unfriendly complexity of the SHA256 hash function circuit which I had plugged in.

It was only until @therealyingtong connected me with barryWhiteHat that I learned of other hash functions with better performance in snarks. These were Pedersen and MiMC. Fortunately, Jordi had already published these circuits in the circomlib repository, so I could relatively easily replace SHA256 with Pedersen.

(This process took slightly longer than I had anticipated; as the Pedersen hash output is made of an x- and y-coordinate on a particular elliptic curve, I had to write another circuit to encode this point into a single big-integer by retaining the first byte of the x-point and the last 31 bytes of y, as the curve is symmetrical across the y-axis.)

When I was done, I had cut the proof generation time to about 18 seconds, and the setup phrase to about 30 seconds — a very satisfying 6x performance improvement.

A common theme in emerging technologies, like those which cryptocurrencies leverage, is that neat abstractions are hard to come by. It is unrealistic to assume that anything can be encapsulated into a convenient black box for developers to use. More often than not, abstractions leak. As Joel Spolsky wisely quipped back in 2002:

All non-trivial abstractions, to some degree, are leaky.

With snarks, this is absolutely the case. Without knowing how snarks work under the hood, one might assume, as I did, that the slowness of a SHA256 circuit was unavoidable. Yet it turned out that the Pedersen hash function, which is conventionally inefficient, works very efficiently as a snark circuit. As Zooko Wilcox wrote:

Ian Miers noticed that a pedersen hash is an exceptionally good application for this fast ECC. Pedersen hashes have been mentioned in papers spanning decades, but have been largely ignored due to inefficiency. However, in our case they are perfect.

The law of leaky abstractions applies to many things in the cryptocurrency and blockchain space. Are you used to centralised databases? Get ready to be surprised by how slow smart contract platforms are; the tradeoffs inherent in the distributed-consistent-scale triangle will force you to not think of blockchains as neat abstractions, but as complex mechanisms whose features are deeply tied to their implementation.

Think the rhetoric that blockchains are “trustless” is true? Think again — what that actually means is that they reconfigure and perhaps, as Vitalik Buterin argues, increase the motives that people can have and exercise while keeping the probability of failure low. Or perhaps not — it really depends on how the system is set up.

In the case of snarks, their performance characteristics intimately depend on their underlying mathematical primitives. Perhaps I could have avoided using SHA256 in the first place had I done deeper research into snark math. The tradeoff, however, was that would take more time to reach a working demonstration. Without building something and talking to other developers, however, I would not have learnt that.

This leads me to the next takeaway: getting hands-on is a great way to learn a new skill. When one doesn’t know much about a new subject, one has to face plenty of unknown unknowns. By jumping straight into building, as opposed to trying to learn everything from scratch, one can more learn the most important unknowns with less time and effort, simply because the process of building forces one to tackle them along a natural progression.

In my free time, I’m keen to keep learning about what folks like barryWhiteHat and Jordi are working on regarding using snarks to improve Ethereum scalability. My work in progress, dubbed snarschain, can be found in this repository. While time constraints prevent me from keeping pace with these full-time implementers and researchers, I’m betting that the knowledge and skills gained will pay off well in the future. Wish me luck!

Many thanks to @ksaitor for his invaluable feedback on this blog post.

More resources for learning about zk-SNARKs can be found in this webpage by Coda Protocol.

Zero-knowledge proofs, a board game, and leaky abstractions: how I learned zk-SNARKs from scratch - December 26, 2018 - Koh Wei Jie